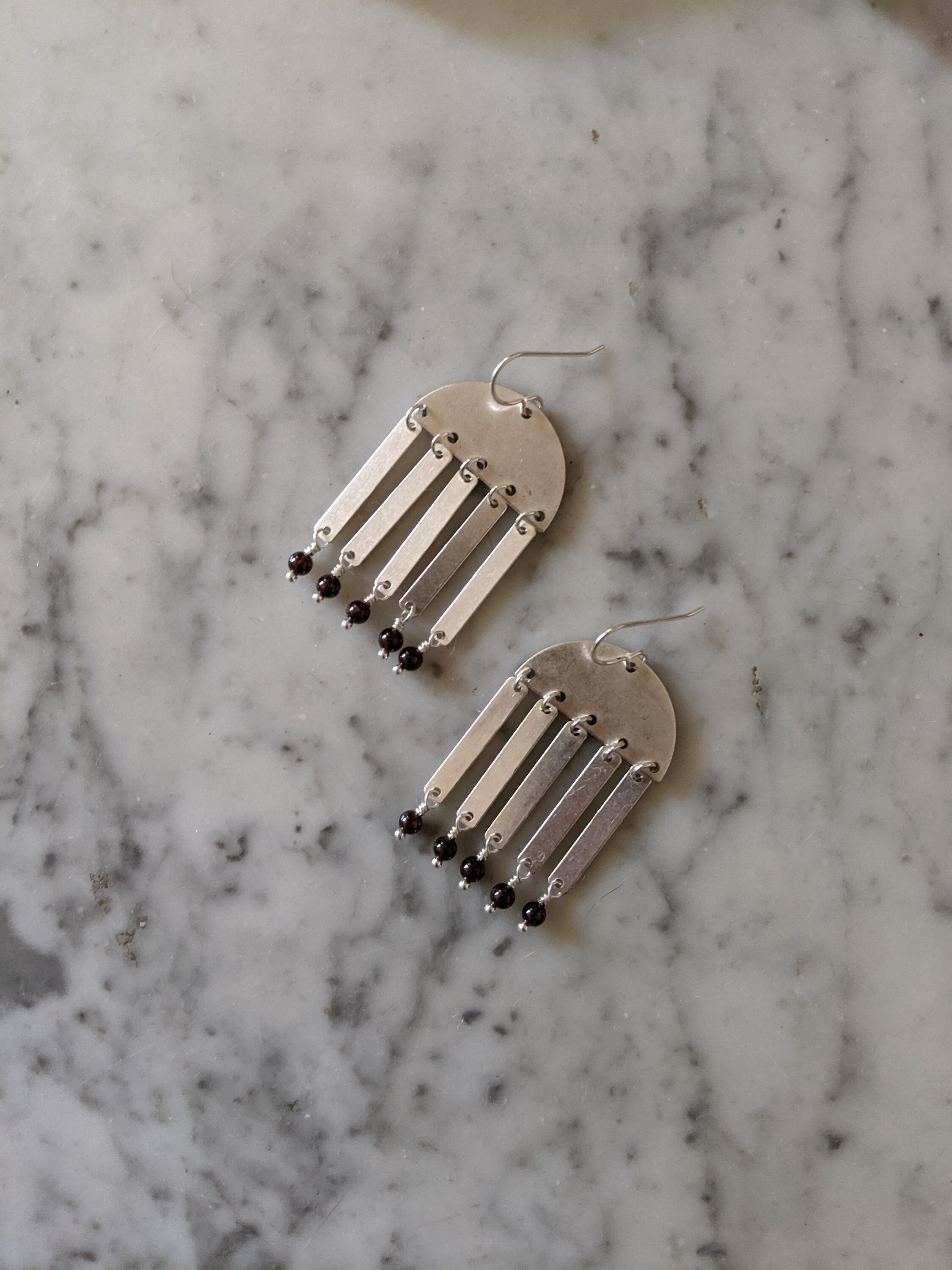 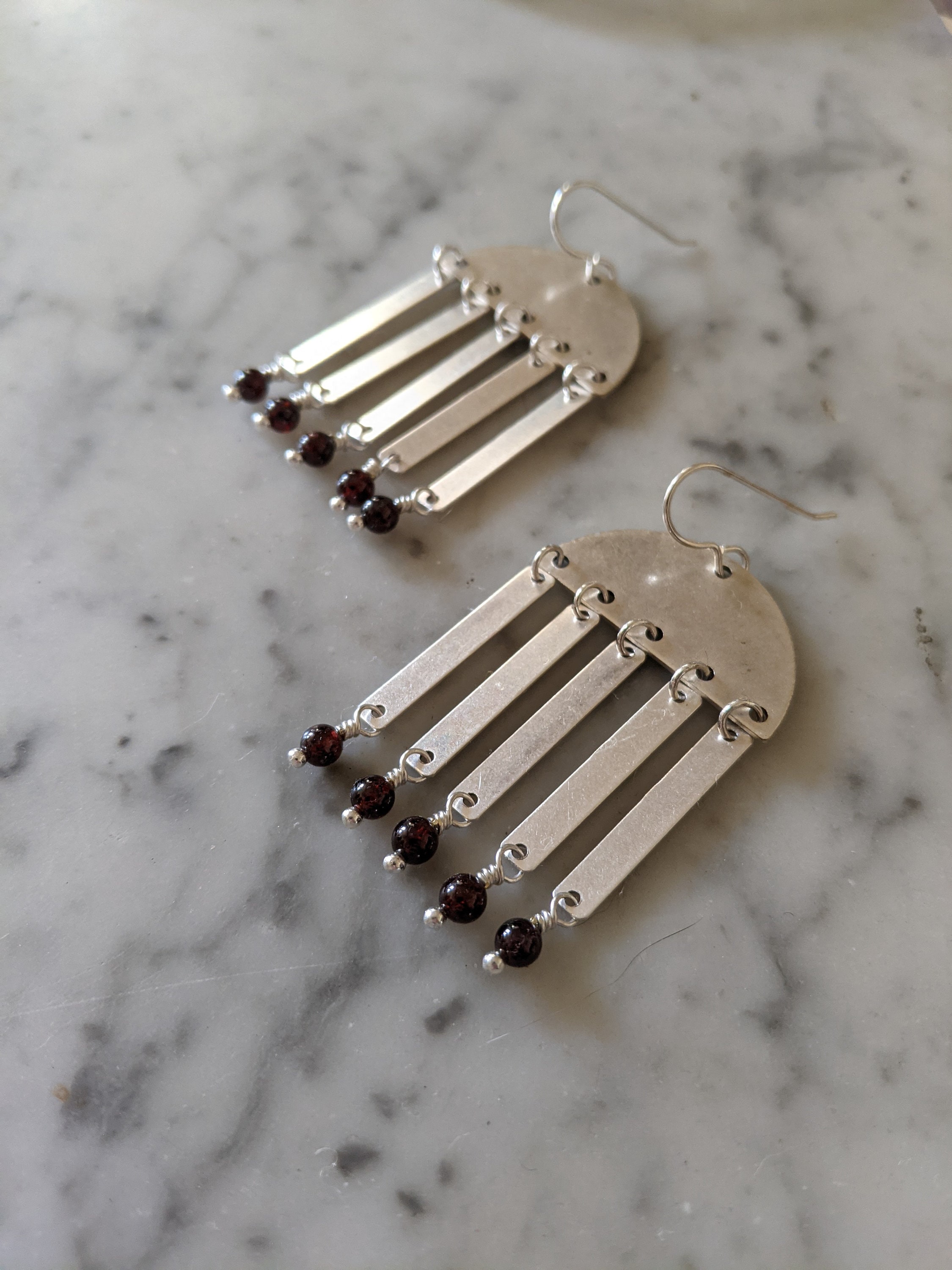 Silver half moons with silver bars and garnet beads

Spend $100 and get 20% off your order
Shipping to : Free
Calculate Shipping

From crystalhealing.com:
"Garnet provides a protective influence and a calming stable vitality during use. It is thought to heal emotional problems.

Garnet is useful to have in a crisis, particularly in situations where there seems to be no way out or where life has fragmented. It fortifies, activates, and strengthens the survival instinct, bringing courage and hope into those situations. Crisis is turned into challenge under Garnet’s influence and promotes mutual assistance in times of trouble.

Garnet can act as a strong help to balance the energy system, stimulate desires and uplift your attitude. As a balancer stone, Garnet can prevent fears of insecurity and even money losses. They’re lucky stones: lucky for love, success, and for goals. Use Garnet to increase your positivity and popularity, thus enhancing your personal self-esteem. As an energy stone, it can encourage success in business and business relationships. It is a wonderful executive gem, especially for women.

Legends and folklore place garnet among the most ancient of talismans. Not only was it prized as an ornamental jewel, but its strong curative powers and protective energies made it invaluable.

Garnet is also known for its utilization of creative energy. It grounds spirit forces within the body and helps in the ability to work lovingly on the physical plane. Yet Garnet is a sensual stone. It represents primordial fire, the creation of the world out of chaos, purification and love. It is a stone of strong, intense feelings."

I gladly accept returns and exchanges

Ship items back to me within: 14 days of delivery

But please contact me if you have any problems with your order.

The following items can't be returned or exchanged

Because of the nature of these items, unless they arrive damaged or defective, I can't accept returns for:

0 items in your cart